Patricia's art practice began in 1983 with wearable and body art in which she engaged with notions of performativity focusing on the alteration, through costume and other applications to the body, of the conventional sense of the human body. After working at UCLA, Los Angeles (1990) in their departments of Design and Film she became interested in video and for a short period engaged with semi surrealistic narratives, which she illustrated with 'costumes' made from conventional and industrial materials. She lost interest in the narrative and influenced by Stan Brackhage and the Flicker Filmmakers from the West Coast of North America she began to experiment with trance-inducing video. In 1993 in collaboration with the Head of the School of Anesthesiology at the Otago School of Medicine, they conducted an experiment using video to elicit the relaxation response. They used both physiological and psychological parameters and two videos that Patricia had made. This work, which included a video conference presentation was shown at the Subtle Technologies, Festival, 1999, in Toronto, Canada.
​
Following this experiment she received funding in 1994 from Creative New Zealand to make the trance video Flowers, which incorporated sharp focus shots of flowers moving in rhythmical patterns set against abstract moving backgrounds. Both the rhythms in the video and those created by the editing were based on suggestions from Accelerated Learning, which uses Baroque music to induce light trance, through its underlying rhythm of 60 beats per minute. This work then led to experiments with ultrasonic sound in which she collaborated with Dr Brian Lloyd from the Department of Conservation, New Zealand. In 1996 they collected ultrasonics from a stand of Rimu trees in the middle of the North Island of New Zealand and Patricia used the Cthugha software to create video from the sound and still images of the tree. She was looking for a way to take a hands-off approach to the editing of images of the tree and using 'Cthuga' allowed the sounds of the tree to edit still images of tree.
​
In this work and the following experiments with heat emission video and ultrasonics in 2004 with Hank Kaczmarski from the Illinois Simulator Laboratory at the University of Illinois at Urbana Champaign, Illinois, she experimented with the idea of visualizing emissions from trees that are beyond the range of human senses.
​
Most recently she has been working on short one-shot videos of moments she finds in Nature when light and form combine in contemplative rhythms. She calls these songs and has complied twelve of them in the DVD, 'Rain, Ocean, River: Visual Songs for Contemplation'. Currently she is completing a PhD in Philosophy at the University of New South Wales, Sydney, Australia in which she is investigating the links between contemplation and learning.
​ 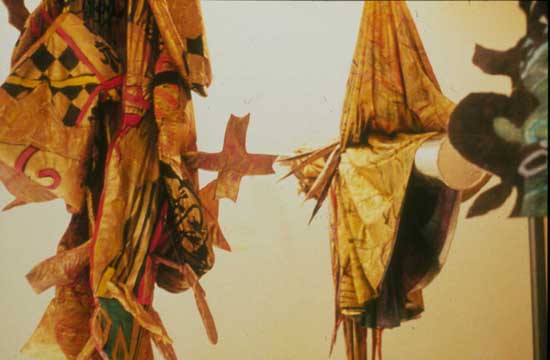