My Work as an Artist 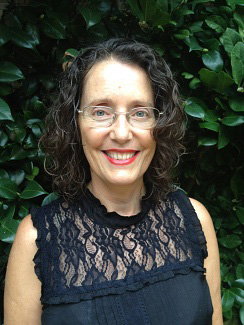 From 1983, when I was awarded a design degree, to 2000, I worked as a contract and fine artist. In the contract work I created a wide range of two and three dimensional textiles, with clothing, stage and interior designers, in Wellington, Auckland, Italy and New York. Initially in the arts practice I drew semi-surrealistic characters from my internal landscape, exhibiting the resulting wearable costumes through the early eighties, at Wellington's Museum, The City Art Gallery, Wellington and the Dowse Art Museum, Lower Hutt, Wellington. In the late 1980s I began to experiment with making these characters move, using performance and video to create a number of short semi-surrealistic autobiographical videos. Throughout the 1980s and early 1990s I developed this work with a loose knit group of textile, video and performance artists, exhibiting in a number of group shows at the New Moon Gallery, Thirty Three and a Third, Dowse Art Museum and other galleries in Wellington and Auckland.

Through the early 1990s I continued to experiment with video, developing my own visual language, using costume, natural movement and a number of image manipulation techniques, primarily working in the natural environment. In 1990 I was awarded a scholarship to the graduate schools of Film and Design at UCLA, where I developed this work with Max Almay (UCLA Professor and MTV staff) and Alegra Fuller Snyder (UCLA Professor of Dance and Film). I was introduced to the concept of video as a description of the kinaesthetic, as opposed to the narrative. Returning to New Zealand in 1991 I continued both my commercial and fine art practice and began a Diploma of Arts at Victoria University in the Department of Theatre and Film. I also completed a number of contracts including editing work at Television One News and a variety of positions on documentaries filmed in Wellington.

From 1991 - 2000 I worked as a designer, researcher and facilitator for private and corporate clients, including the Electricity Supply Association of New Zealand, the Department of Labour, Christchurch School of Medicine, and Athfield Architects. Through this time my interest in the links between art and healing grew and I received a scholarship from Southern Health (Invercargill) and The Centre for Health Care Design, CHCD (California), to attend CHCD's conference, 1996, Boston, USA.

I conducted research at Wellington's Medical School, where I investigated the potential of abstract video to induce trance. I used both physiological and psychological tests and two abstract videos that I had made to elicit the 'relaxation' response. This work formed part of my Diploma of Arts, which I received in 1994. In 1996 I continued with graduate study, further developing themes from these initial experiments and looking in depth at material and metaphysical aspects of health. My thesis was a consciousness study, exploring five primary areas: The Earth, Energy, Form, Colour and Music (its potential for healing) and Constructed Form. In 2000 I received a Master of Arts with distinction (A+) from Victoria University, Wellington for At the temple of the divine: Material and metaphysical aspects of health.

While studying I had been redefining my art practice in relation to an exploration of personal self-development, engaging with ritual, women's spirituality, creative therapeutic practices, consciousness studies and transpersonalism. This meant that for ten years I did not made art for public display, instead concentrating on a private performative practice in Nature. While this practice was about, as the anthropologist Victor Turner calls it 'self-making', I now find the impetus for it mirrored in the work of a number of Environmental Artists. As Gilles Tiberghion describes in Land Art, these "...artists have a sense of the passage of time; their awareness of it leads them to search in the 'depth' of the moment for the permanence that escapes them", (Tiberghion, 1995:142).

This was and to some extent still is my motivation; that is the drive to find solid ground in the fragmenting transnational forces that make up the cultural pastiche I inhabit. For it has been in my experiential investigation of transpersonal states that I have found a certain 'permanence'. While this has been a private exploration it has resulted in a number of videos documenting the process and has included practices similar to those of artists such as Wolfgang Laib, Richard Long and Dennis Oppenheim. In describing Laib's work Tiberghion presents an ethos similar to my own:

Wolfgang Laib is a striking example of an artist who matured after World War II, with interests in Indian culture and Buddhism...Laib makes his works of natural materials, and he treats nature as sacred in the sense of it being of greatest importance to him"...[he] focuses intensely on the natural world, and he lets the materials reveal themselves." (Tiberghion: 296)

From 2000 to present I conducted this private performance and video practice and worked as a contract facilitator, researcher, community artist and community developer. In my community arts practice I designed and implemented creative process classes in a number of therapeutic communities, in Auckland, New Zealand. This work continued with a contract to conduct a sexual health education program, August 2006 - April 2007, with Save the Children and Scarlett Alliance in Papua New Guinea.

After engaging with individuals in these programs I began to ask how a place of creative reflection had became a conduit to the River of Symbols, that transpersonal space in which the participants awake and are able to catch the ghosts that prefigure words. Their resulting paint, gestures and poetry appeared to take them there and then remained as corporeal bridges to new understandings of themselves. This question led me my PhD research at the University of New South Wales, Sydney, Australia, in which I investigated the use of meditation as a pedagogical tool in learning environments. The focus of this research is reflected in my arts practice in which I am currently making video for contemplation, most recently I completed the compilation, of twelve two to three minute one-shot videos, Visual Songs for Contemplation, which is held at the IOTA Centre research library, Los Angeles, USA.